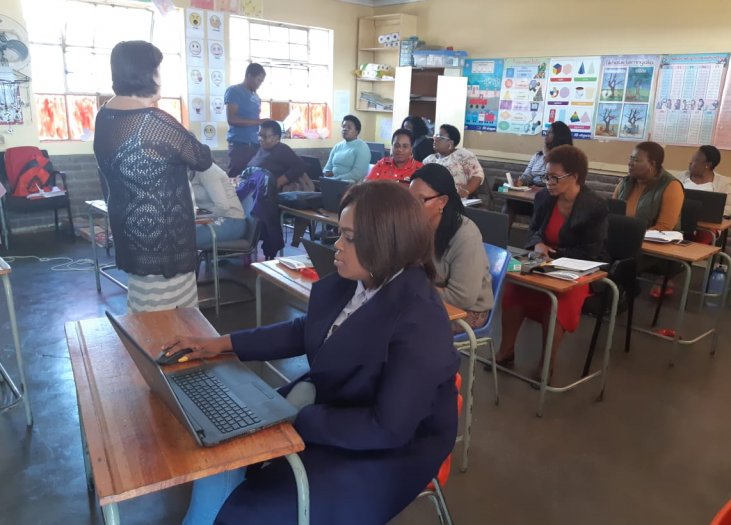 The Macmillan eLearning Development Schools Programme (MeLDS) is a CSI Initiative of Macmillan Education South Africa. This successful programme is currently in its third year under the project management of Ricky Steenkamp.

MeLDS started in 2017 and was rolled out in the Western Cape Province. A total of 147 educators from 4 schools were trained on various levels of Technology integration.

In 2018, the project moved to the Eastern Cape Province where 268 foundation phase educators from 52 schools were trained to use their laptops given to them by the Department of Education, as a teaching tool, a planning tool and making resources to aid in their teaching. This programme was so successful, it was decided that the same model would be used in 2019.

This year, the MeLDS programme was launched in Mpumalanga. Each of the 59 foundation phase educators received a laptop donated by Macmillan Education. Furthermore, the 6 schools participating in the programme also received a data projector. Two trainers were appointed to train the educators at the two chosen locations, namely, Siyabuswa and Mbombela (Nelspruit).

The programme was launched in early July, where the laptops were handed over to each educator. Training commenced mid-July and all educators are super excited.