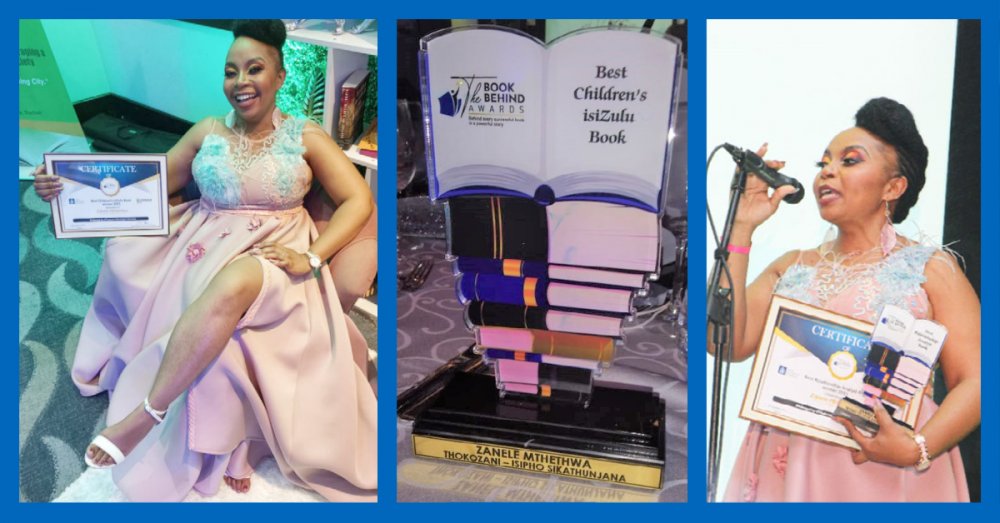 It is always encouraging to witness the achievement of our authors. Authors work so hard to create timeless content that will be consumed even long after they are gone. So it is a privilege when one’s hard work gets the deserved recognition.

On Saturday, 02 October, The Book Behind Awards hosted their first annual awards ceremony held at Elangeni Hotel in Durban. The awards ceremony is aimed at celebrating and recognising the complexities of being an author, and honours the role that authors play in society. Acclaimed author, journalist, radio presenter and inspirational speaker Zanele Mthethwa received four nominations and won three awards. One of her books from our Thokozani Series, Isipho Sikathunjana, bagged an award under the category for Best IsiZulu Children’s Book.

Ms. Mthethwa was born and bred at Inanda, north of Durban, in the province of KwaZulu-Natal, South Africa. She completed her Journalism National Diploma at the Durban University of Technology. She is a newspaper columnist, spiritualist and relationships counselor. She has worked for various publications such as Umafrika, Ilanga and Isolezwe. She is a God-fearing woman and a graduate at Durban Christian Centre Bible Institute. MaNyambose, as she is affectionately known, has worked with the University of South Africa (UNISA) on their annual career guidance program for two years. She is a radio presenter at Vibe 94.7FM, the founder of Breaking The Silence NPC, as well as the Director of Zvakwana PTY (LTD).

When asked what the awards mean to her, Ms. Mthethwa said “Being nominated alone means a lot to me and I was hoping for at least one, but to my surprise I got all three. Being recognised means that my hard work is finally paying off and it gives me courage to write more and also publish more authors.”

Macmillan Education SA is very proud of Ms. Mthethwa’s accolades and wishes to congratulate her on her achievements!

(Images sourced: The Book Behind Awards)